I've moved my blog to my new website. Let's talk there at The Adoptive Parent.
Peace,
Sally
Posted by Unknown at 2:46 PM No comments:

I'm unsettled when adoptive parents change their child's name from their originally given name. So much is unknown; so much is unrecoverable. Can't you let that remain intact?

For my kiddos, here are 10 reasons why your father and I didn't do it (and never would).
1. It's your name.
2. It's one of the first things that was given to you.
3. It's not ours to take away.
4. It may have been spoken to you in the womb. It may have been one of the first words you ever heard.
5. It was specifically chosen. For you. It was chosen for a reason, and even if you or I don't know the reason, the reason exists.
6. It's a connection to your roots. Maybe you were named after a relative. Maybe after a character in a book or a teacher or a childhood friend. Maybe you'll never know, but it's a connection.
7. It's what your first mother calls you when she thinks about you.
8. It's what your first father calls you when he thinks about you.
9. It tells you something about your first parents. It reveals something about their culture, their tastes, their sense of humor, the music they listened to... something.
10. When/if you reunite, I want your first mother/father to know that we didn't erase them. 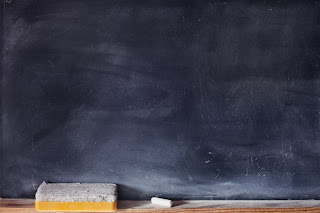 Click here to purchase Sally's adoption book, What I Want My Adopted Child to Know: An Adoptive Parent's Perspective, in softcover, hardcover, or e-book formats.

Should APs be there for the birth?

No woman can predict 100% how she will feel about her child once it's no longer part of her body, when she can gaze and marvel and bond in a completely different way.

Every woman should have the privacy and opportunity to reconsider. To change her mind; or not. To weep with joy at the first true understanding of what it means to be a mother. To realize that this is what she wants after all, and that she is enough and that she will find a way to make it work.

Or to grieve a separation she believes she must make and will make and will live with for the rest of her life. To kiss the perfect lips, the feathery brows, the everything everywhere every inch while she can. To memorize the face that she may never see again, that will never look the same again.

Our son's first mom asked me to be in the delivery room with her. She went into labor earlier than expected, and by the time I got there she was already pushing. Her father kept urging me to go in, but I couldn't. A nurse offered to escort me in, but I couldn't.

I pressed my forehead and palms to the door and listened. I heard. I heard her bring him into the world. I heard his first cry.

I will always have that, and it is more than enough. It's more than she has of him, and she was his mom before I was.


Click here to purchase Sally's adoption book, What I Want My Adopted Child to Know: An Adoptive Parent's Perspective.

I Have Your Socks

You've outgrown your socks again. I noticed them riding just above the bottom of your heel this morning.

The socks you wore new the first day of school. The socks thrust forward as you practice your front kick. The socks you stained like pitch when you "rescued" a snail from a mulch bed in a rainstorm and snuck out a few minutes later - forgetting your shoes - because you were worried there might be others out there that wouldn't survive the storm.

I love your socks.

I have your socks.

I wonder if your first mom wishes she did.
Posted by Unknown at 7:02 AM 1 comment:

After a loooong time away I'm blogging again. Here and also at I Was a Much Better Parent Before I Had Kids.

I'm looking forward to connecting/re-connecting with you!
Posted by Unknown at 4:17 PM No comments:

The Amazon Kindle e-book version of What I Want My Adopted Child to Know: An Adoptive Parent's Perspective is available for just $2.99 during the month of November.

I wrote this post sometime this past spring, and I didn't post it until now because I've been... well, frozen.

I've been frozen for too long. Frozen because any movement is risky. Frozen because most everything I see and hear and read and feel in Adoptoland makes sense enough until I move in any direction. The slightest shift springs a crack that splits into 2, then 4, then 8, which spread like a spider army marching, marching, marching in all directions at once, until everything cracks and nothing bears weight and I'm drowning once again. I'm bone weary of talking about adoption.

I stay out of the adoption cybersphere for months, and then on a brisk, sunny day in early spring I'm pulled back in by Claudia's piece about Gaslighting. I love reading Claudia's thoughts. And I'm jealous. Jealous because the whole world gets to know what Claudia thinks and feels, and I don't get to know squat about my kids' first moms. Oh sure, I know demographic details, I know superficial things about them and their families, but I don't know anything that matters. I don't know how they feel when they look at the pictures we send. I don't know what blogs they read. I don't know if they're planting a garden, taking a class, resenting me...  I know more what strangers think and feel than I do my own kids' first moms. That's messed up. Frozen.
Posted by Unknown at 7:50 AM 1 comment: 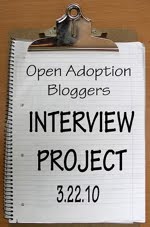